EXTRACT FROM THE PREFACE
« They were jammed by the thousands for months in ports and boats on the way to Greece. When they finally arrived there, they neither understood their mainland hosts nor were they understood by them because the Pontian dialect was unknown to the local people. Thus they withdrew into themselves. Introversion, awkwardness, and reticence were the norm. They were simultaneously here and somewhere else. Their speech was hushed, and some of the voices, I recall, were barely audible, as if there was a permanent obstruction in their throat. Even at moments of joy their smile remained frozen, like that of an ancient statue and nothing more. Time for them seemed to have come to a halt, balanced on the boundary between a happy ”before” and a tragic “after”. Precisely there on that boundary, their days ended, on the incision of the wound, which remained unhealed up until their dying day. They may indeed have sung, danced or cried at the sound of the Pontian lyre. As a rule, however, and in the majority, they were silent. Etched in my youthful memory., they were distant and inconsolable, irrevocably embittered. They are those who never laughed.»

THE HOLOCAUST OF ORTHODOX
CHRISTIANITY IN PONTUS

EXTRACT FROM THE PREFACE
« With the exception of a few, those who were responsible for the slaughter enjoyed honors and wealth. More importantly, however, they enjoyed impunity from punishment for their crimes. Turkey has never been called to account by any international organization, whether concerning the Pontian Genocide or any other which it perpetrated. On the contrary, as the permanent troublemaker in the Mediterranean, it continues to hurl delusional threats and to promote imperial visions. What, then, should the stance of the Pontian people be? Are we to seek revenge from the descendants of those who murdered our ancestors? Ought we to respond to hatred with hatred? Most assuredly, such a reaction does not befit the light which was granted us. Our historical path was worn by the footsteps of individuals who sacrificed themselves for the truth. It was not trampled by a fanatic mob. We refuse to become vengeful punishers.» 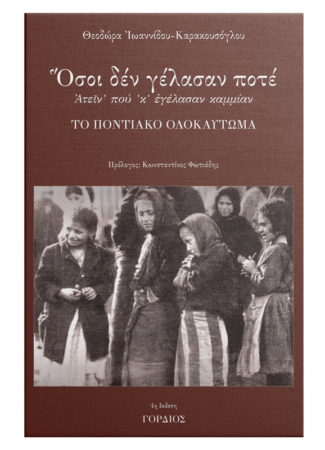 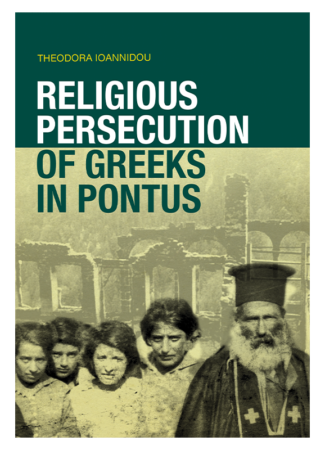 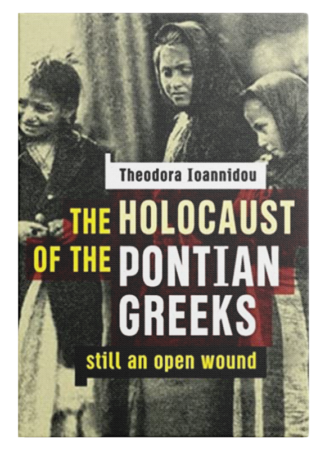 Τhe holocaust of the Pontian Greeks